The Entertainment Software Association has announced (via GamesIndustry.biz) that E3 2021 will be taking place and that it will occupy its traditional June slot, specifically running from June 15 to June 17, 2021.

This announcement comes only a month after the ESA confirmed the cancellation of E3 2020 in response to the ongoing coronavirus pandemic.

The organizer has said it’s planning a ‘reimagined’ event for next year, though what this will involve isn’t entirely clear just yet. The ESA’s wish to do something different is not entirely surprising though, given it’s been robbed of its opportunity to ‘shake things up’ in 2020 as it had wanted and E3 itself has, in recent years, had its relevancy called into question.

Before its cancellation, this year’s show  was proving particularly troublesome with Sony announcing that it wouldn’t be attending for the second time, retail and production partner iam8bit resigning and industry veteran Geoff Keighley saying that he would not be producing his E3 Coliseum event.

At the time of E3 2020’s cancellation, the ESA said it was “exploring options” to attempt to “coordinate an online experience to showcase industry announcements and news in June 2020.” At the moment, there’s no update on this digital event taking place.

Phil Spencer has, however, said on Twitter that Microsoft will be hosting some form of Xbox digital event instead and Ubisoft has also said it’s looking into some kind of digital event. Nintendo, which traditionally broadcasts a livestream for E3 announcements anyway, has said it’s “considering various ways to engage with our fans and will have more to share as the year continues.”

Meanwhile, IGN has announced it plans to host a “Summer of Gaming” event in early June 2020 with publisher partnerships that include Square Enix, Sega, 2K, Amazon, Google, Devolver Digital and THQ Nordic. The event, which should fill the gaming news hole, will include “publisher presentations with IGN pre- and post-discussions, remote developer interviews, hands-on demos and preview impressions, gameplay, and news segments recapping the biggest announcements.”

Those in mourning for E3 2020 now, at least, have something to put in the calendar for next summer. 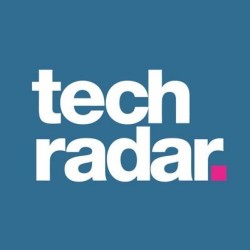